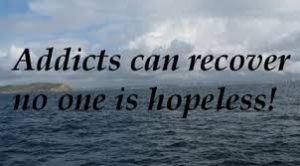 As far back as I can remember, I have been afraid!

My earliest memories were of not fitting in, wondering what was going on and feeling less than!

I soon realised at school that the other children had different lives and different relationships with their parents. I was dressed differently; I didn’t go on holiday and my parents didn’t seem that interested in anything I did at school.

I have strong memories of poorly fitting shoes and not much in the way of adult supervision. The other children always seem to be able to play together and know the rules, but I never was able to participate without feeling bored or uncomfortable.

My parents were not demonstrative or encouraging in any way, there only seem to be criticism, usually silent or implied. I only really knew when I did something wrong rather than when I did anything right!

School was an escape from home and felt safer even though it was perhaps equally confusing. At least I could demonstrate achievements and receive praise there. No-one told me about the 11+ test; I was called in from playtime without knowing what it was or why I was doing it.

I was selected to go to grammar school and introduced to another world which was equally strange and confusing and where I still did not know the rules and still did not fit in. As a young teenager, I realised that my parents weren’t interested in my welfare but only in what I represented to them.

I was originally interested in a career in Chemistry but realised that Medicine offered a guaranteed job after graduation. To me and my embittered and desperate teenage mind, this represented freedom and the fact that I would never have to go home ever again.

By that time, I had developed solitary survival habits and instincts and found it very difficult to engage with other people, socialise appropriately or be balanced in my emotional output. I was angry, sarcastic and dismissive, behaving this way to reject other people before they found out about me.

I was afraid of being vulnerable, and asking for help, because my parents did not offer any or would make it conditional in some way.

Alcohol was very much part of the culture at Medical School and excessive drinking was positively encouraged. Although this took away a portion of my anxiety, it still didn’t stop all the negative behavior and I soon found myself isolated again.

The cycle of anger, rejection and bad behaviors continued. I dabbled with soft drugs in my last year of Medical School and would intermittently return to this as a way of coping.

Once I had secured a Junior Doctor job I travelled around the country, never staying anywhere for more than six months at a time. I would burn bridges, leave, and think that moving to a new place with new people would change things. Inevitably the cycle of bad behaviors resumed as I was taking myself and my problems with me. The downward spiral of despair, self-blame and using continued!

Everything changed once I encountered my drug of choice: codeine phosphate.

This was given to me by a Ward Sister after I’d broken some ribs, and instantly the world became a better place. I felt more outgoing and less frustrated, angry and bitter. I was wrapped in a cosy opiate duvet and my problems with myself and the world receded into the far distance, where I could neither see nor feel them.

This honeymoon period lasted a little while but I soon became dependent on larger and larger oral doses. As a Doctor, I knew that injecting was a quicker way to get what I needed and so I proceeded to crush a week’s worth of codeine phosphate tablets and inject it all in one go, every day. I self-prescribed for seven years, keeping a diary of the pharmacies I used to reduce the chance of suspicion.

At this point in time my career was unsurprisingly going down the drain. I became frustrated with the specialty I was in and moved through a couple of different ones, but I found it harder and harder to cope with my feelings of self-hatred and anger at the world and my situation whilst, feeling utterly powerless to change any of it.

Naturally, the thought of not using drugs did not enter my mind.

I did try a couple of times to go cold turkey, but this would only last a couple of weeks at a time until the reality of my situation set in and I would use again to block out those feelings of blame and resentment. It got to a point where I was Locuming on and off, just making enough money to maintain my habit and living situation. My sisters were trying to help me with accommodation, and support, but these attempts would either end in caretaking or recrimination.

Finally, a pharmacist was suspicious enough to report me to the GMC. I received a multi-paged letter, detailing in extensive legal language what was going to happen. I was in no fit state to process any of this, so I put it in a drawer and tried to forget about it. Of course, my using doubled to try and cope with the problem and the feelings it generated.

Something unexpected happened. A small voice from somewhere inside me piped up. “You don’t want to do this. How will your niece and nephew understand? What kind of burden will you be placing on your sisters? Why don’t you try asking for help – what’s the worst that could happen?”

All of a sudden, the resistance fell away from me, and I picked up the phone to the Sick Doctors Trust.

A wonderfully understanding GP answered the phone and after some conversations was able to place me in a rehabilitation centre within 48 hours. I called my Defence Union and handed the GMC paperwork over. My sisters took me to the rehab where I stayed for six weeks with three of those weeks spent detoxing on methadone. After the detox, I was introduced to Narcotics Anonymous and the concept of a 12 Step Program.

I remember those meetings and watched, astounded, as people sat down on a circle of chairs, laughing and chatting away as if they didn’t have a care in the world. They didn’t look like addicts. The main share told their (my) story. No-one laughed, sneered or told them to leave. There were nods of identification and thanks. I realised that this was a safe place to be. Heart pounding, I stood up to pick up a white keyring of hope and start my journey of recovery.

After rehab, I went home and was put on sick leave. The GMC had put restrictions and conditions on my practice, one of them being regular attendance of NA meetings. At this point in time, I was more than happy to comply as I knew I found my home. I was very happy to label myself as an addict as it gave me an identity, a starting point from which I could grow and develop as a person.

I didn’t speak very much in those meetings for the first couple of months, only saying please and thank you when I went to get a cup of tea. Members talked about a life beyond their wildest dreams, something I could barely acknowledge as I was so desperate not to relapse.

Members talked about service, sponsorship and step work. I plucked up the courage to find a sponsor and worked my first round of the 12 Step Program.

I learnt about concepts completely alien to me: surrender, humility and acceptance. I found the courage to face my fears and admit my wrong doings. I found a measure of peace with myself. Over time, I was able to forge friendships and connections using the 12-Step principles and that common sense of purpose. I have repeated the 12 steps a few times now and always find something to be discovered in a deeper layer. The journey continues.

Currently 14 years clean, I have travelled the world, reintegrated parts of myself, been of service to others and have a stable and fulfilling career in medicine thanks to the NA fellowship and a 12 Step Program.

I have family and friends that love me!

I can love them in return because now, I am able to love myself.

Click on a link to view a member’s story:

Manage Cookie Consent
To provide the best experiences, we use technologies like cookies to store and/or access device information. Consenting to these technologies will allow us to process data such as browsing behaviour or unique IDs on this site. Not consenting or withdrawing consent, may adversely affect certain features and functions.
Manage options Manage services Manage vendors Read more about these purposes
View preferences
{title} {title} {title}